OK Corp, I get what you’re against; what are you FOR?

I’m against Corporate Power, American Empire, Pollution, Being Fined and Hassled By Bureaucrats, Religion & Stupidity – We all gripe, we all complain but what are we FOR??

No attacking other nations – defense yes, but only on our own shores. Occasionally lending support to others. I’m against the existence of Nuclear weaponry. Since it’s here, we must have worldwide rules regarding the use of nuclear power and weapons. We must obey them, we must ask others to obey them. We must stop loose nukes and nuclear crazies from getting too powerful. It’s tragic because the Nazis and the US unleashed this crap on the world and now we have to have our noses in everyone’s business. I’m for peace, I’m not for imposing peace on others, but nukes have made that a sticky subject best expanded on in a future blog. I can say this much, we could do just fine taking 90 percent of the Pentagon budget for social programs and still have an Awesome Defense. I’m for replacing the Pentagon with a basic armed service and a lot of services for the people similar to the ones in Sweden. 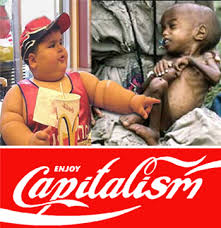 I hate Super-Capitalism… but what that really means is we have woefully underregulated capitalism. I will refer to that as either “unregulated” or “super” – Unregulated capitalism is fascism. I love Co-Op markets, but they are still a form of capitalism. I don’t agree with some of my friends that ALL CAPITALISM needs to go just yet. Someday we can have a resource based economy, that is an ULTIMATE DREAM, but we are not there yet… and I want to be strategic. The next step towards a world not PREDICATED on GREED, is a world of highly regulated capitalism balanced with the NATIONS GDP prioritized to the social needs of the many. Which leads to #3…

When capitalism threatens democracy, which it has since Ancient Greece, we, the people must look at our constitution’s preamble to remember our mission. The lives, liberties, happiness, safety, and GENERAL WELFARE of the PEOPLE is the first priority of government. Social Democracy is a focus for the democratic form of government. Yes our votes guide our destiny. yes simple majorities can lead to new laws, and super majorities can change old established laws, and YES, the minority’s rights are protected throughout, but the priority is now ALWAYS for the GREATEST NUMBER of people and against consolidated wealth, power and influence. The Scandinavian countries are the best example of how well social democracy can work. Iceland, Norway, Sweden, Finland, Denmark, Greenland…. these are the Scandinavian (post-Viking/Thor worshiping) nations. They pay some big taxes, but they get it all back and more, they get amazing Medical, great totally free educations through Doctorates if they have the grades. They get vacations, good jobs, help with housing, help with building their families. They get amazing lives. Every single one of them. Some are rich, some are nearly poor. The rich have two houses… filled with MUCH nicer things. The poor have a government apartment with the basics. But everyone is healthy, everyone has an equivalent experience of being free to do as they wish. The vast majority of Danes are Middle Class. And they are the happiest nation on earth by all measurements.

* Some would say, yeah, but Corp… doesn’t that mean “big government?” I don’t like “big government”… to which I say, “you wouldn’t like government that was too small to help or protect you either” – “big” is a lazy designation for government… what you want to look at is “good” … or “effective for you”.  The myth is that if government is big it will *ALWAYS* abridge your freedom… burying you in rules. You even have some good evidence on your side. When Reagan took over from Carter he ballooned the government. When Bush Sr. took over he grew it even more. Clinton shrunk it… it was by no means small but it was smaller and more efficient.  Bush Jr. bloated it beyond all records. – Still, the problem was not it’s size but it’s inefficiency, it’s ineffectiveness for you, and it’s promotion of predatory capitalism. In a nutshell Bush’s govt. GOVERNED BADLY. For a while, CLINTON’S GOVERNMENT GOVERNED WELL.

*We not only paid off the deficit, we had a surplus.

*We had the most Americans start college in US History

*We had the lowest crime and the largest “head start” program attendence.

*The rich got rich and the poor went middle class.

*Peace expanded – the US was far less militant than at anytime since 1939.

Was it perfect? Not even close. Did Clinton screw things up? Yes. He did many things, NAFTA and FOX NEWS are but 2 things attributable to the triangulation/centrism-caused failures of his administration to protect us. 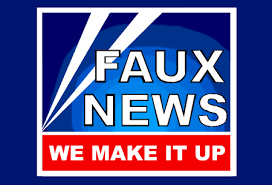 Social Democracy will pull us out of this tug of war between appeasing the elite and submitting to the elite with strong regulations & a REQUIREMENT that all business benefit the most people possible.  Social Democracy will end the effects of money on governance. We will have GOOD government, and it will be the size required to provide service and protection from (mostly domestic) enemies of our general welfare.

[ yes, our “King” is the constitution]

4. I am for the ecosystem. When greed & grabbing run the show in any pocket of human grouping, the land, sky, water, flora and fauna all suffer horribly.

As i stands today we are like a rash, a cancer, an infection on the planet. we destroy the “lungs” of our planet; we destroy the homes of non-human beings essential to the balance of life. We dump toxic chemicals and pollution everywhere.

We kill people, yes, we torture them too… but we kill and torture plants and animals far more brutally as the “dominant” species we seem to be.  We use mass delusions like religion to ignore our destruction and our responsibilities to keep our nests clean. Our beliefs tell us that whatever we want is what “god” wants. We fear different races, creeds, colors, and orientations… yes… but we fear wolves and sharks for no good reason and we drive them to dangerously low populations.

And we make plastic. We make non biodegradable toxic shit… and we dump it in the oceans to kill all life around it. Those of us who are smart, know who is behind this particular big of insanity: Big Chemical Cos like MONSANTO, BASF, EXXON, CHEVRON, DOW, SHELL. DuPont, INEOS and even BAYER.

But my first three on the list will go a long way in improving America’s portion of responsibility for no. 4. The rest is Science… I am FOR SCIENCE!!… and diplomacy. I am for diplomacy. Rational Thinking… I am for rational thinking.

What are you for??

p.s. this blog was born out of a need to start calling all the lazy thinking “everything is bad” types out. It’s so easy to say “they’re all bad!”… yeah? well use your brain… whats “good” then?

3 responses to “OK Corp, I get what you’re against; what are you FOR?”